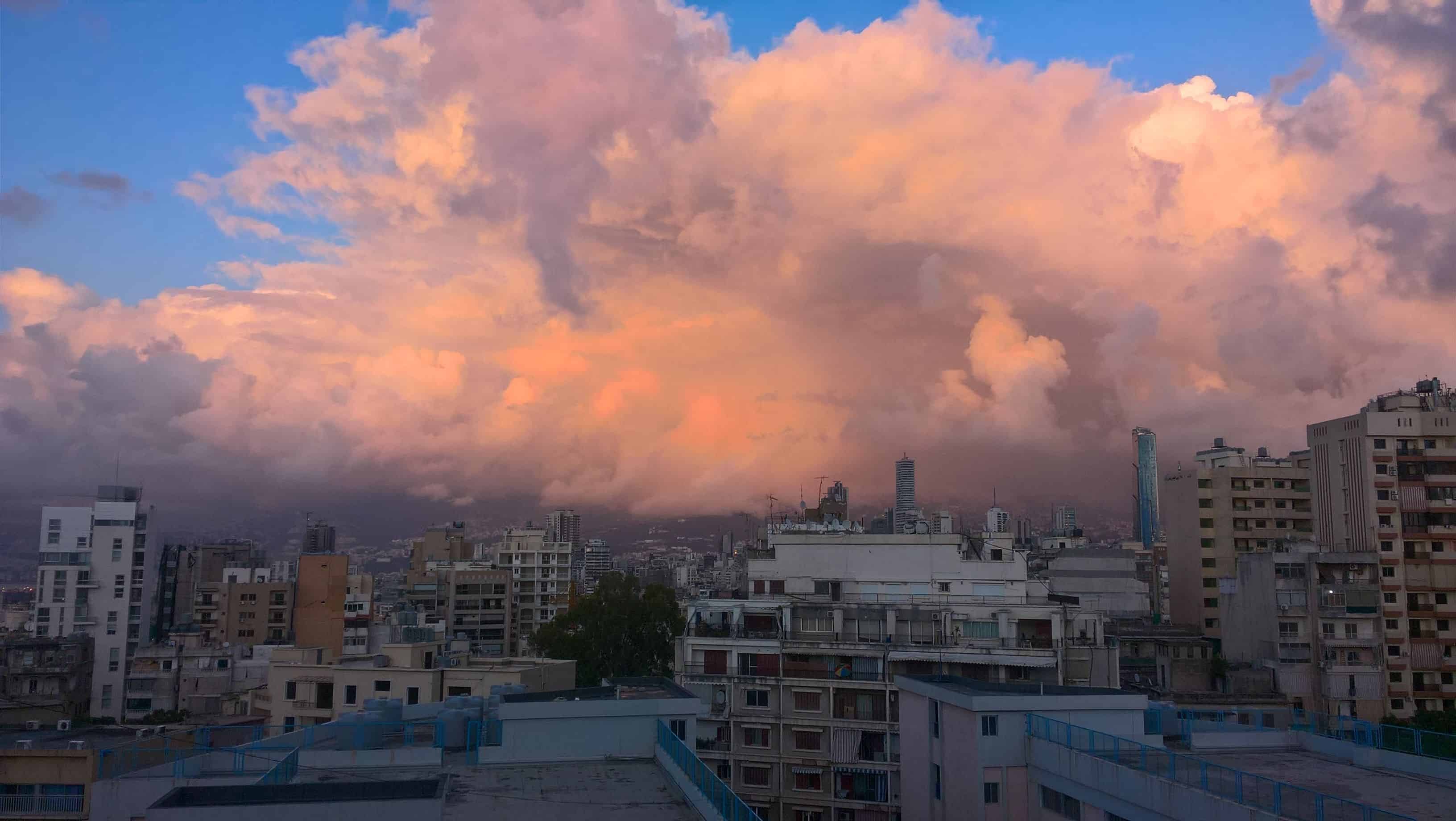 We caught up with PhD student Mounir Mahmalat to discuss his current research project and how his background is quite different to most students at DCU Business School. Originally from Germany, Mounir is working with Dr Declan Curran. He is currently based in Beirut, Lebanon, where he is investigating the political economy of reform and economic crises in developing countries, with a specific focus on Lebanon.

Your background is so interesting, it really helps to broaden the definition of what it means to be a business student. You started off studying music and media engineering. Am I right in thinking that you did two undergraduate degrees at the same time? That’s so impressive!

You know, when you take music seriously, there is no way not to study music. No matter what I did I always reverted back to it, even though my father is from a fairly conservative background and places very high emphasis on academic achievement. I first went to the Robert Schumann University of Music in Düsseldorf, but soon realised that the intellectual challenges you face in music were different to what I was used to before. I had previously studied physics and maths in school, and the year after it. When I realised that music didn’t actually fully satisfy me in the way I was anticipating I took the opportunity to apply my physics knowledge to engineering and start another undergraduate course in Media Engineering at the University of Applied Science Düsseldorf. Because the universities were physically close by I could study both at the same time, which was a bit stressful…

Yeah, I can imagine!

But I think it was right decision because it opened so many doors for me and I knew I had two careers to fall back on. Around that time I was also working as a sound engineer for opera houses and concert houses, which was a lot of fun.

It all seems very different to what you’re doing now. Does it feel like a lifetime ago?

The biggest difference is the target system that you’re focusing on. When you’re making music, you’re more concerned with the emotional connections you’re trying to make with people. The message is based on what you feel instead of what you think. It’s completely different when you’re doing business studies.

It sounds like you were already successful at that time. What motivated you to go back to university?

I decided to go back to do my Masters at DCU because I wanted to broaden my view of economic challenges. The main reason for this shift in my attention from music to international management and then economics was the Arab Spring. I became so interested in this topic because my dad is from Syria, from Aleppo. I hadn’t been active or interested in economics or politics before so this was all very new for me. I wanted to understand but I couldn’t make any sense of it. So over time I started reading as much as I could on this topic and couldn’t stop. Studying the MSc in International Management was a way for me to focus on institutional economics, which I couldn’t have done with my music and engineering degrees.

Did you find that other Masters students were interested in similar topics or were you distinct in what you were focusing on?

No, there weren’t many students I could collaborate with. I had to find my own way with it, which I anticipated.

Why did you decide to come to do your PhD at DCU?

My main reason for doing the PhD at DCU was Dr Declan Curran. He spent a huge amount of time working giving feedback on the research for my Masters’ thesis and subsequently on my application for the PhD programme, which I’m incredibly grateful for. He’s a fantastic person to work with, very supportive, easy to talk to and warm. When he offered to support my application, there was no doubt that I would take the opportunity.

And can you tell me a little about your current research?

I was interested in the events that triggered the Arab Spring in 2011, and the hypothesis in political economics behind that, which is called the ‘crisis hypothesis’. This suggests that crises are sometimes necessary to bring about significant or structural reform. I am exploring this now on the case study of Lebanon. I originally wanted to focus on Syria but realised quickly that this would not be possible due to data and travel constraints.

As part of my research, I interviewed more than 30 political actors, including ex-Ministers, Members of Parliament and high-ranking Government Officials, on their experiences in political collaboration. I also established a comprehensive database on legislative activity in Lebanon and other Arab countries.

You also spent some time recently as a Research Fellow at Harvard University. What was that experience like?

The most important difference was the structure in which you work. Academic exchange is so much more rigorous and important in Harvard. For example, you would not attend a workshop in Harvard if you had not read all the materials for the class. Lecturers have this amazing capacity to spot the person who has not read what was required…

Oh dear… that sounds stressful. And do you plan on staying in academia after your PhD?

Inshallah (“God willing”), I will be finishing my PhD early next year. It feels a bit strange at the moment because I’m involved in so many other research activities right now, in particular with an NGO, the Lebanese Centre for Policy Studies. I have several projects on surveilling governmental activity here in Lebanon. I will definitely remain active in this field and would like to stay in academia and build on all this.

And finally, what advice would you give to students considering a research project in a similar field?

I’m driven by a big gratitude for the opportunities that I’ve been given. Being supported by such an amazing research team is a gifted opportunity. At the same time, this leaves me with a responsibility to give back some of the opportunities that I have been given. Advocacy work and outreach work, contributing to implementing the policy advice that emanate from my research, is something that I think is very important and that should guide researchers’ willingness to engage in a PhD journey – a journey that requires so much intellectual and personal dedication to one specific line of thought that would otherwise be lost.

Mounir shows that a Masters in International Management can open doors to a broad range of fields on a global scene. If you’re interested in finding out more, or are interested in doing a PhD at DCU Business School, please get in touch today.

Reasons to study our MSc in Aviation Leadership