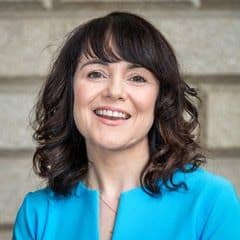 Comprising researchers from the four participating countries and led by Professor Maura McAdam from DCU Business School, the GENRE project provides a nuanced understanding of how gender is a decisive factor when it comes to women’s participation in entrepreneurship.

The first report of the three-year project ‘Cross-cultural Variations in Technological Ecosystems, a Gender Perspective’ highlights that:

In terms of funding, venture capital markets differ in scope and characteristics between the four countries, although policies in all four countries include efforts to expand funding for startups, which constitute also the most common policy action taken by governments.

Commenting on the findings, Professor Maura McAdam, Professor of Management and Director of Entrepreneurship at DCU’s Business School said:

“This research approach which brings together for the first time country-specific evidence from Ireland, Israel, Sweden and Norway helps to account for women’s low engagement in technology entrepreneurship. The findings underline the importance of women led ventures in their respective entrepreneurial ecosystems and also highlights best practices and key learnings which can be gleaned as a result of our four country focus”.

The project is funded by the Irish Research Council under GENDER-NET Plus, which is an EU-funded initiative,  aimed at strengthening networks between researchers from other countries and to support gender equality through institutional change.

We also use different external services like Google Webfonts, Pubble.io, Google Maps Google Analytics ( to help us understand how our website is being used) Cookies and external Video providers. Since these providers may collect personal data like your IP address we allow you to block them here. Please be aware that this might heavily reduce the functionality and appearance of our site. You can read about our cookies and privacy settings in detail on our DCU Business School lead global research consortium in an effort to tackle the entrepreneurial gender divide Page