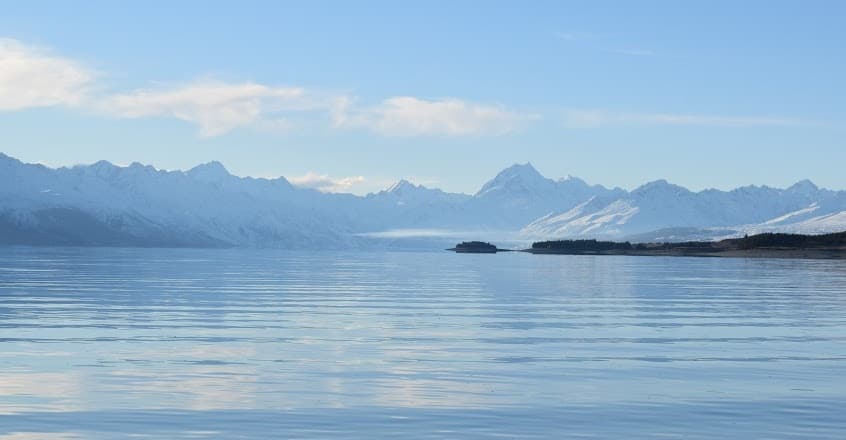 Professor Patrick C. Flood, Co-director DCU Leadership and Talent Institute, has spent the last two months as an Erskine Fellow at the University of Canterbury in New Zealand. This experience has led him to reflect on the issue of global warming, which he speaks passionately about it in this piece.

I have been in New Zealand for the last two months as an Erskine Fellow at the Psychology Department at the University of Canterbury, hosted by my good friend and colleague, Professor Chris Burt. The fellowships are named after Jack Erskine, a scientist turned philanthropist and a University of Canterbury graduate. His contemporary and class mate was Ernest Rutherford- famous for his work on subatomic structure. Jack pipped Ernest in the university junior scholarship entrance exams. Abandoning science years later, to everyone’s surprise, Jack Erskine disappeared from view to many of his friends and colleagues. All the while however, Jack was playing the stock market, leading a frugal life and building up a fortune which he later willed to the University.

The Erskine scheme benefits visiting faculty from all over the world who come to teach and research at the university. This year alone 71 visitors have come to the university under the scheme. The University of Canterbury is a scholarly place, in the tradition of scholarly universities with an excellent faculty who are very welcoming and hospitable.

New Zealand has been a fantastic personal experience, not least because my family traveled with me to have a holiday before the fellowship commenced

Before I departed to NZ, Orla Delaney, Business Manager at the Leadership and Talent Institute asked me (told me, if the truth be known) that I was to write a blog while I was out here.

Finding a good topic to write about was the issue. That all ended when I saw Al Gore’s new film, An Inconvenient Sequel, which is an incredibly persuasive and moving film about climate change. The film lays out in vivid detail how the world is heating up causing sea levels to rise, wreaking destruction in its wake. Ironically, I found out that the climate accord in Paris was signed on my birthday and that the current President of the United States of America backed out of the agreement on the birthday of one of my children. In doing so he squandered the future for children all over the world in favour of the fossil fuel oligarchs who are his political backers. The links between climate change, geo-political conflict and mass migration are undeniable- at least for those of us who believe in science.

The early settlers came to New Zealand from Scotland and England seeking a better life. Climate change migrants move to survive. Many island communities will actually sink beneath the waves because of the rising ocean levels associated with the melting of the polar ice caps. Witness five of the Solomon Islands in the Pacific which have already disappeared, due to rising sea levels. Florida, Miami and New York have already experienced flooding associated with climate change. The writing is on the wall.

The links between war and resource scarcity are well known. There will be wars in the future about water. It is a dwindling world resource. Living on the unparalleled beauty of the South Island of New Zealand for two months has reinforced my appreciation of the beauty of nature and the shared interdependence of mankind on this planet we call Earth. We won’t be moving to Mars any time soon as Al Gore says in the film. Ireland and New Zealand are two beautiful countries which illustrate the delicate balance that can be nurtured between nature, the environment and people.

Christchurch, the city closest to the University of Canterbury, suffered a huge quake in 2011.  A second earthquake followed in 2012 which wreaked even deeper havoc. I often wondered how anyone could live on the slopes of a volcano or where earthquakes repeatedly happen. People stay because it is home. The bulk of migrants do not leave their countries for adventure. They leave because of war and oppression. Aleppo is the perfect example, a great city now razed to the ground resulting in forced migration of Syrian people all over the world, in the most perilous conditions.

People are resilient beyond belief. Christchurch, home to over 800 Irish builders during the recession is still being restored. The Cathedral has been temporarily replaced by a beautiful cardboard church donated by a Japanese designer. Everywhere, there are rebuilding projects underway, as people work to restore Christchurch to its original design and beauty. On the University of Canterbury campus alone, there is a NZ$1.1bn rebuild taking place.

It has been a great trip to New Zealand. Al Gore’s film, An inconvenient Sequel, has caused me to reflect deeply. I strongly recommend you see it while we still have time.

We also use different external services like Google Webfonts, Pubble.io, Google Maps Google Analytics ( to help us understand how our website is being used) Cookies and external Video providers. Since these providers may collect personal data like your IP address we allow you to block them here. Please be aware that this might heavily reduce the functionality and appearance of our site. You can read about our cookies and privacy settings in detail on our Prof. Patrick C. Flood, New Zealand Blog: Purpose Regained Page