Back to Home > News and Events > Start-Up Week Dublin: the student experience 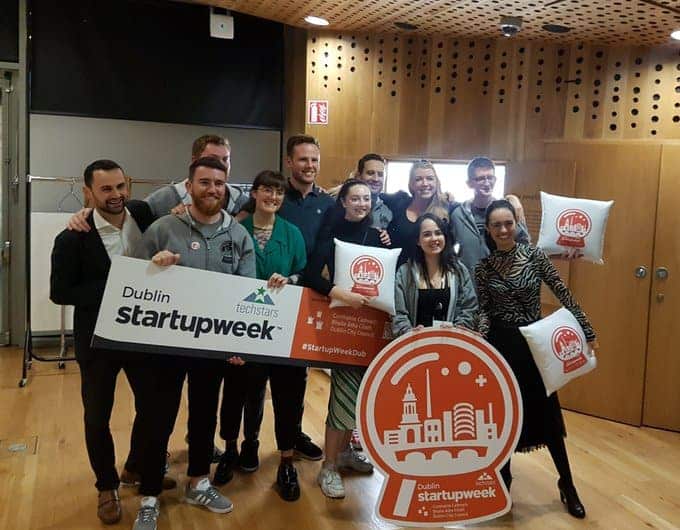 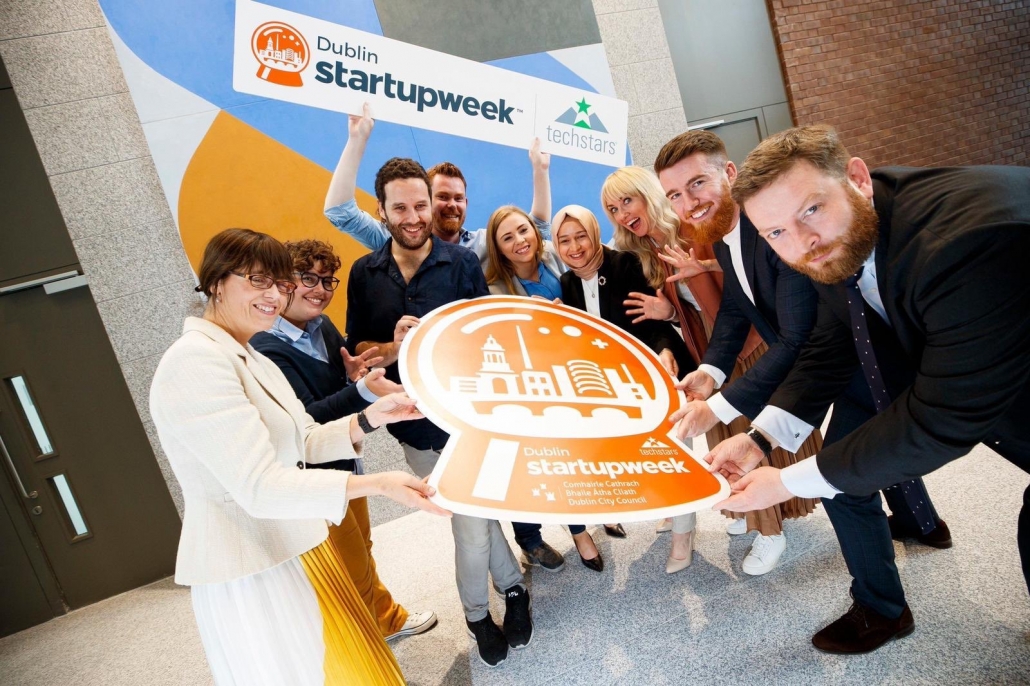 Before Start-Up Week, my understanding of the entrepreneurial process was largely theoretical. While I could recite almost verbatim Eric Ries’ Build-Measure-Learn methodology, I had never applied it in real life. And while Start-Up Weekend isn’t exactly real life, it’s structured in such a way as to mirror the archetypal start-up journey within a 54-hour period. Herein lies the magic of Start-Up Weekend, it forces one to put into practice what they’ve been reading about.

On the Friday night, I pitched my social innovation (‘RIPE- A Solution to Poverty That’s Just Bananas’) to a room of 50 strangers: some of whom would become my co-workers for the next 48 hours, others- fierce rivals. Gladly, they loved the idea and it received the most votes out of all of those pitched. I then built my team and together we formulated the hypothesis that we would test over the weekend. Would consumers pay €20 more for a sustainable t-shirt with a social mission than it would for its environmentally damaging cotton counterpart? To test this, we ran targeted facebook ads which led to a landing page we built over the weekend. To our delight, out of 56 people who clicked through to our site, 11 went to the effort of putting in their credit card details and placing an order. We further validated our hypothesis by doing an A/B split test with customers in person- with 70% opting for our RIPE t-shirt instead of its TopMan equivalent despite the disparity in price. This gave us confidence when put through rigorous questioning by the ‘mentors’ on Saturday afternoon and we decided to persevere with our original decision rather than pivot as some of them suggested.

While the weekend was a mere simulation, it provided a very realistic crash course in the entrepreneurial process- taking us from an idea to a fully fledged business model. This experience was reinforced by the various entrepreneurs I engaged with over the course of Start-Up Week and the war-stories they told.

“A good half of the art of living is resilience”. These words of Alain De Botton were echoed consistently throughout the week. Indeed, replacing the word ‘living’ with ‘entrepreneurship’ only serves to enhance the sentence’s veracity. This was particularly evident in the case of Gary Fox who, after losing €200,000 on his first business venture, maintained enough self-efficacy to start and scale HostButlers into a highly-profitable company. Amanda Bullough argues, in her article ‘Danger Zone Entrepreneurs’, that Individuals like Gary- who believe in their abilities and are tough enough to persevere- are transformational examples who can inspire and motivate others to engage in businesses that grow and develop their communities. My experience at Start-Up Week has convinced me of this claim. In fact, I was so inspired by Gary’s story that I reached out to him and we met for coffee to discuss it further. Start-up Week and media coverage of start-up stories are thus incredibly valuable in promoting resilience and self-efficacy in potential founders.

Through a potent cocktail of Parkinson’s Law, limited distractions and diverse talent- Start-Up Weekend provides the perfect vehicle for entrepreneurial learning. This year, we were fortunate enough to have Start-Up Week immediately in its aftermath to embed everything we had learned over the weekend in a more pragmatic narrative of real-world case studies. Such exposure has been invaluable in developing my nascent understanding of entrepreneurship.

We also use different external services like Google Webfonts, Pubble.io, Google Maps Google Analytics ( to help us understand how our website is being used) Cookies and external Video providers. Since these providers may collect personal data like your IP address we allow you to block them here. Please be aware that this might heavily reduce the functionality and appearance of our site. You can read about our cookies and privacy settings in detail on our Start-Up Week Dublin: the student experience Page