The phoenix effect: Can blockchain rise from the ashes of bitcoin?

Back to Home > News and Events > The phoenix effect: Can blockchain rise from the ashes of bitcoin?

The phoenix effect: Can blockchain rise from the ashes of bitcoin? 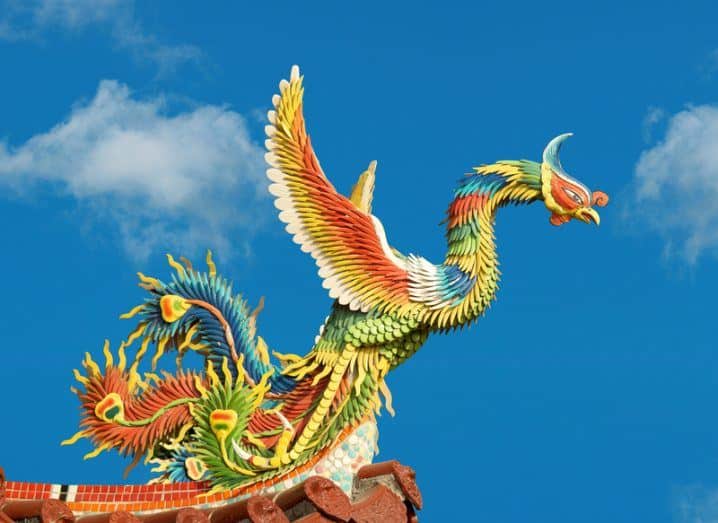 In Greek mythology – or, for those more attuned to pop culture, in the Harry Potter series – the phoenix is a bird that periodically dies in flames only for it to arise, reborn, from the ashes.

The technology industry is awash with success stories that have arisen from the lesser successes or failures of earlier versions. Pinterest, the much-loved interest-sharing social network, started as a mobile shopping app called Tote. Android was originally intended to be an operating system for cameras.

Bitcoin is a digital currency based on cryptography, a crypto- or virtual currency that can be exchanged among people around the world without the intervention of intermediaries such as banks or governments. Unsurprisingly, it was, and it still probably is, a popular method of payment for those operating in the dark net  – terrorists, ransomware operations, drug and counterfeit pharmaceutical dealers, and pornographers are all commonly cited as bitcoin users by security services, media and academic studies. Why? Not only is bitcoin not regulated, through a process called bitcoin tumbling, it is increasingly difficult to trace any transaction through the bitcoin system.

As Financial Times technology reporter Sally Davies put it: “Blockchain is to bitcoin what the internet is to email: a big electronic system, on top of which you can build applications. Currency is just one.”

Blockchain is the technology that underpins bitcoin. It is an encrypted distributed (or decentralised) ledger of transactions shared across anonymous users on the internet. As such, it can be used for storing, securing, managing and validating all types of digital records and transactions, not just payments. Blockchain has the potential to simplify and improve how we store and validate all types of records including contracts, deeds and mortgages, as well as identity data.

‘Bitcoin has evolved as a trustless payment system. As such, it attracts a lot of so-called ‘bad actors’ and a lot of bad press’

Like Android, while blockchain was initially used for bitcoin, its potential reach and impact is much greater.

McKinsey reports that more than $1bn has been invested by VCs in blockchain ventures in the last 24 months, and the banking sector will spend a further $400m by 2019. So what’s the problem?

There is no problem with blockchain per se; the problem is bitcoin. Bitcoin has evolved as a trustless payment system. It is largely anonymous, unregulated and has no central consortium guiding the technology infrastructure development. As such, it attracts a lot of so-called ‘bad actors’ and a lot of bad press.

Bitcoin relies on attracting more users to the network to mine bitcoins. As such, power users in the bitcoin economy market extensively to attract new users or miners by offering awards in the form of bitcoins. Our research at IC4 suggests that a significant proportion of the visible discourse (and arguable value-generating activity) on bitcoin is related to attracting and rewarding new miners, and not activities that legitimise bitcoin in the eyes of the general public or wider financial ecosystem.

Cui bono? Who benefits? Arguably, who benefits most from this activity are those using bitcoin as a payment or money laundering mechanism – the criminal underworld.

The anonymity of the true power players in the bitcoin economy is exacerbated by lack of regulation. Clearly, lack of transparency and bona fides for those behind bitcoin make it difficult to police in the first place. However, introducing regulation of bitcoin is problematic even if one wanted to. It would require an international and synchronised coordinated effort. Bitcoin is extremely distributed and if a significant market, eg the US or China, decided to regulate bitcoin or access to bitcoin (through firewall prohibitions), it could significantly disrupt, destabilise and disincentivise use of bitcoin.

And yet, regulation is clearly needed. For example, in 2014, Mt Gox, one of the world’s largest bitcoin exchanges, suspended trading due to ‘losing’ a reported $473m in bitcoins through a combination of alleged fraud, theft and mismanagement.

Bitcoin is the most (in)famous application of blockchain technology and yet it has evolved largely without guidance from industry or regulators. It is not only trustless, it is standards-less and lawless.

Blockchain is the real story but it is the lesser-reported one. It is an opportunity worth billions of dollars and can transform how society stores and validates many of the records and transactions that permeate our daily lives. The 12th labour of Hercules involved entering the underworld to capture Hades’ three-headed dog, Cerberus, controlling him with magical chains. The potential of blockchain may only be realised by controlling bitcoin. Failing that, legitimising blockchain may require killing it.

Prof Theo Lynn is the lead principal investigator and Dr Pierangelo Rosati is a postdoctoral researcher at the Irish Centre for Cloud Computing and Commerce (IC4) at Dublin City University. IC4 is a multi-institutional industry-led research centre. Dr Rosati’s research focuses on organisational competences in accounting, finance and data analysis in the cloud.

We also use different external services like Google Webfonts, Pubble.io, Google Maps Google Analytics ( to help us understand how our website is being used) Cookies and external Video providers. Since these providers may collect personal data like your IP address we allow you to block them here. Please be aware that this might heavily reduce the functionality and appearance of our site. You can read about our cookies and privacy settings in detail on our The phoenix effect: Can blockchain rise from the ashes of bitcoin? Page