Can airlines and airports take off again after the pandemic?

Back to Home > News and Events > Can airlines and airports take off again after the pandemic?

Can airlines and airports take off again after the pandemic? 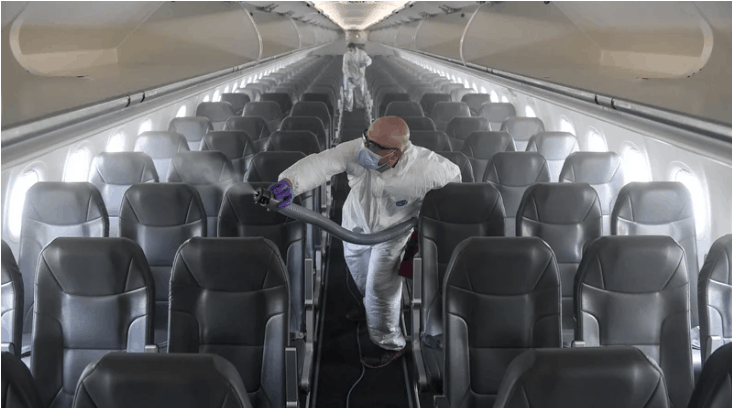 Opinion: the coronavirus has brought the aviation business down to earth and huge changes will now be required to get it back in the air

The shock to the world’s air transport system from the coronavirus is indescribable. Last January, some 20,000 commercial jet aircraft were in service, moving passengers and cargo around the world. As aviation extended more strongly into countries like China and India, passenger numbers were predicted to double to eight billion per annum over the next 20 years. Today, the number of passenger aircraft in service is about 200, a 99% collapse. Cargo has fared somewhat better, with an expanded role ferrying, amongst other things, medical supplies.

That air travel, in some form, will recover is not in doubt, since the only way to travel long-distance in a timely way is by air. But when, how and to what degree are mysteries at this point in time.

The airline industry was already in poor financial shape even before the virus grounded the world’s air fleets and wiped out their income. With almost no traffic now, revenues have likewise dried up for airport operators and air traffic control providers. Aircraft manufacturers are in severe crisis, and their smaller suppliers even more so. Aircraft leasing firms, many based in Ireland, are rapidly re-doing their financial calculations.

From RTÉ Radio 1’s News At One, passenger numbers at Dublin and Cork airports are down 99% as a result of Covid-19

Companies whose costs partly still need to be paid but whose income is gone for now, can continue to exist only if they have large cash reserves, large lines of credit, or receive assistance from some external source. Like other industries, aviation has been closed by government decision and not, for instance, by a recession. This means there is a better-than-normal justification for temporary government (i.e. taxpayer) compensation or assistance.

Yet  some aircraft manufacturers and airlines were already struggling because of poor management decisions rather than the virus, and these cases should be treated differently. If governments simply spray subsidies pell-mell across the industry – a process that frankly is well underway – competition, efficiency and enterprise will all suffer, as will the public as travellers or taxpayers. Rich governments will bail out their aviation sectors to the disadvantage of companies in poorer countries and well-run companies will find it hard to compete with well-connected companies. Nearly a half-century of progress towards treating aviation like any other competitive private-enterprise sector will go sharply into reverse.

What might the current crisis – and perhaps the government response, in particular – mean for aviation in the future? Sweeping forecasts that “nothing will ever be the same again” are unconvincing, especially to those who recall similar pronouncements after the 2008 financial crash. Yet the impact looks likely to be considerable – perhaps very considerable.

From RTÉ Radio 1’s The Business, Joe Gill from Goodbodys on what the Irish Government are doing to support the aviation industry at this turbulent time

Aside from the airline world, airports are also set for changes and health checks will have to be added to existing security checks (Heathrow Airport’s chief executive John Holland-Kaye has already proposed this). Airlines are also preparing to undertake health checks themselves, provided the tests give prompt results.

We are also likely to see fewer airlines because of collapses as well as mergers and takeovers. Airlines are pressing for relaxation of 75 year old restrictions on airline ownership (to be a “Community carrier” in the EU, at least 50% of the airline must be owned by EU shareholders). To survive in the medium-term, airlines need to be profitable, but consolidation should not go so far as to drive up ticket prices for passengers. It is already true in the US, where consolidation from 10 major airlines to just 4 today means the airlines earn a lot more profit per passenger compared to their EU counterparts.

And how long before something like “normal” service resumes? That could depend on how crowded an aircraft we are willing to use and how crowded an airport. Our trust in the health of the strangers standing beside us will have an impact on travel in the future. In the absence of trust, a basic EU building block of the right to travel across internal national borders is likely to be compromised.

From RTÉ Radio 1’s Today With Sean O’Rourke, how Ryanair are weathering the Covid-19 storms

An important question is how the current crisis and climate change might interact in the future. Judging by public comment, many environmentalists consider the sudden and very large policy response to the coronavirus shows that a large mobilisation in the face of the climate threat is equally possible. There is definitely something to that. But the billions of euros that will be spent on dealing with the virus will not be available for other purposes. And the stunning impact on the economy of the shutdown will have alerted us all to the unbearable cost of an economic sudden stop, whether motivated by health or climate.

Few will be willing to do this again. Climate adaptation must be less abrupt and more gradual, not an abrupt cessation. However, degrowth may not be necessary. Suitable environmental taxes do not strictly even have to raise any net revenue as long as they make more polluting activities dearer than less polluting activities. This is not the case today, as visiting a car showroom quickly demonstrates.

A revelation of the virus has been the number of Irish holidaymakers going on skiing holidays during the winter. Some of this, and air travel in general, is down to the underpricing of airline tickets, due to aviation not bearing normal taxes (VAT and fuel) and not paying carbon taxes commensurate with the emission of damaging carbon and other gases. Imposing such taxes might mean less skiing and, if it does so, that is just taking climate change seriously.

The big jump in public debt arising from the health crisis will make governments look around for additional revenue. Carbon taxes may become more attractive as a revenue source, as well as for their environmental benefits. However, the extent of changes to aviation will take time to reveal themselves.

This article was originally published by RTE Brainstorm on Tuesday, 12 May 2020 15:01

Can carbon offsets make you a green flyer?
Scroll to top

We also use different external services like Google Webfonts, Pubble.io, Google Maps Google Analytics ( to help us understand how our website is being used) Cookies and external Video providers. Since these providers may collect personal data like your IP address we allow you to block them here. Please be aware that this might heavily reduce the functionality and appearance of our site. You can read about our cookies and privacy settings in detail on our Can airlines and airports take off again after the pandemic? Page