Creative thinking and how to foster it

Creative thinking and how to foster it 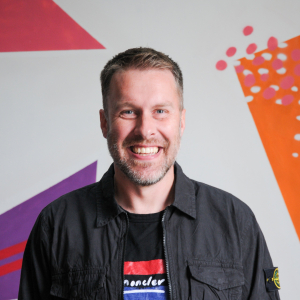 Have you ever thought that you would love to be more creative? And wondered what, if anything is stopping you? Well one thing that could be impacting you is what is called Functional Fixedness. Functional Fixedness is a cognitive bias that negatively affects a person’s ability to problem-solve and innovate. In simple terms it’s when we only use an object for its traditional use and struggle to see what it can be used for beyond that. It inhibits our, to use that term, outside-the-box thinking.

If I was to throw something at you like an expiration date, what do you initially think of? What’s in your fridge I’d guess. Visions of checking the open packet of rashers that were bought last week and are now sailing very close to D-Day and wondering whether you’ll get away with it or not. Well that’s where Functional Fixedness brings you. However, a bunch of clever marketeers in Australia decided to take expiration dates and apply them to something that doesn’t traditionally have them. Pillows! People were traditionally hanging onto their pillows for far too long. Pillow manufacturers, who obviously have a vested interest in selling more pillows, came up with the idea of putting expiration dates on their products in a bid to get people to change them more often. An interesting case study on the campaign is linked below. It went on to win multiple awards and delivered on lots and lots of pillow sales.

If I was to say fridge magnets what’s the first thing you think of? Probably something your aunty brought home from her trip to London in the 90s. Or the group photo of you and your pals that a nightclub photographer took for you after a few too many. But what you didn’t probably think of was how a fridge magnet could order you a pizza when you’re hungry, right? Well that’s what a pizza company in Dubai came up with ten years ago. A button that sits on your fridge as a fridge magnet, that when pressed puts in your favourite order with your favourite pizza place and it’s at your door in a matter of minutes. Now that is innovation. The idea and technology that it used has been taken and improved and is now used all over the world for ordering all sorts of household items, from washing powder to toilet roll. But it took someone to think differently and break the typical norms of fridge magnets to get us there.

For the time of the year that’s in it, I had to pick a Christmas example. This time it’s the age-old Christmas bauble. It sits on the Christmas tree, looks pretty and when it was very fancy it had something personal painted onto it like a family name or a picture. That is until Australian Department Store, Myer, reimagined what the traditional bauble could do. They designed and produced a bauble that when paired with a parents’ phone, the colour could be changed to indicate how well (or not so well) the child in the house was behaving. Imagine how much better behaved kids would be if they thought that there was a live bauble, linked to the North Pole informing Santa of any tantrums and affecting their present haul later this month? Unsurprisingly, they sold out in a few days and even appeared on eBay for double the price as people were so keen to get them. 42% of them were from buyers who hadn’t purchased from the brand before and those that bought baubles spent twice as much in store as those who didn’t. Impressive eh?

So what do these three examples have in common? Well, they break down the functional fixedness that is inherent in all of us. Expiration dates, fridge magnets and Christmas baubles all seem pretty mundane things but when used in a new and innovative way to solve a problem they create real innovation. We form these preconceived notions of how things should work as we get older, that’s why children are often the most creative in the family. So in short, be more like kids. And try to (I am sorry for using it twice in this article) think outside the box the next time you’re presented with a problem to solve.