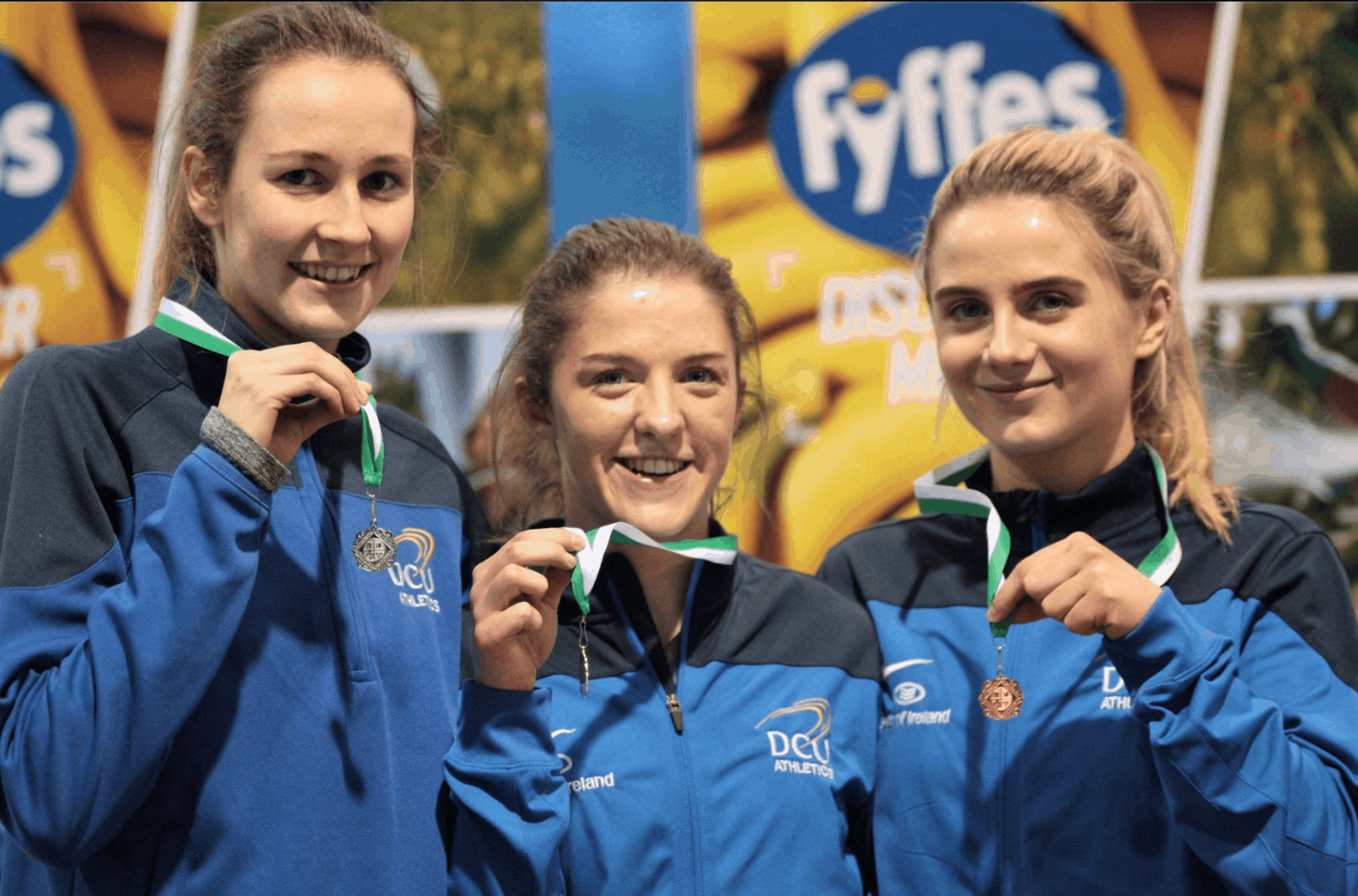 DCU Business School students played an imperative role in the success of DCU’s Athletics team in the IUAA Indoors in Athlone on February 10th.  DCU athletes set 5 new indoor club records on the day and in doing so, retained both the men and women’s team titles. The Men’s squad have now won 11 overall team titles in a row, while the women’s squad secured their 10th successive team title.

Further DCU Business School students in action on the day included Grainne Moynihan (BS4) in the 400m, Eoin Doherty (AMPS1) in the 60m and Sean Lawlor (AMPS1) in the 200m.

At the end of a long day of competitions, the Women’s team of DCU (118 points) won from UL (82 points) and AIT (40 points) while in the Men’s overall; DCU with 109 points won from UL (68 points) and QUB (35 points).  This was one of the best team performances over the past 10 years and despite losing a number of top class athletes (due to injuries) in the lead up these championships, the team’s understudies more than rose to the occasion.

Check out www.iuaa.org  for full results and re-watch the action on YouTube here.

We also use different external services like Google Webfonts, Pubble.io, Google Maps Google Analytics ( to help us understand how our website is being used) Cookies and external Video providers. Since these providers may collect personal data like your IP address we allow you to block them here. Please be aware that this might heavily reduce the functionality and appearance of our site. You can read about our cookies and privacy settings in detail on our DCU dominate the IUAA Indoors Track & Field Championships Page