Back to Home > News and Events > My DCU Executive MBA Journey 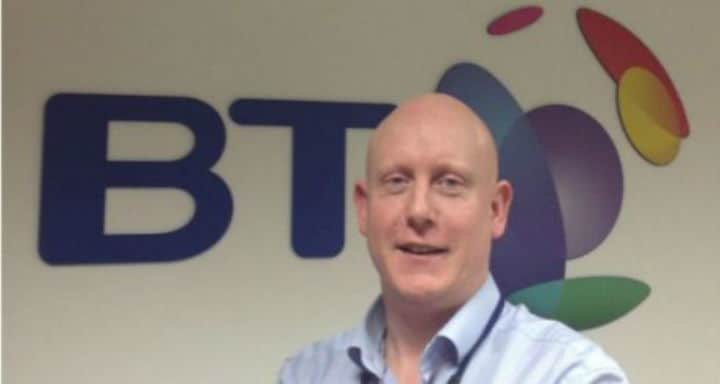 My MBA journey: “It’s about horsepower not brain power and I think that anyone who doubts their ability to do it, my advice would be to go for it”

Taking on two years of part-time study, whilst working in a full time job and raising a young family is no small task, but as Barry Gavigan (40) found out, it can be very rewarding and can also lead to greater things, career wise.

Gavigan has a degree in engineering from the University of Limerick and works for British Telecom. With years of management experience under his belt, he decided to go for a new job but wasn’t even shortlisted for interview. He began to ask the question, why?

The feedback he was given showed he was pigeonholed into engineering. He decided to take back control and have his management experience formally recognised in the form of a Master of Business Administration (MBA) at Dublin City University in 2013.

It wasn’t all plain sailing and he encountered many “peaks and troughs” along the way, but ultimately the hard work paid off.

“It’s a significant investment, both financially and of personal time. The family have to be brought in to it. I had a 4 year old, 2 year old and a newborn in the middle of it and I also changed jobs internally. It does involve a lot of personal sacrifice but it’s not one of these excruciating scenarios, and there are peaks and troughs, like your work life. The real ability is to cope with the workload and stay on top of it. It did mean sacrificing nights out and getting up early to study before the kids got up. It was a trade-off but good support from home was vital.”

As an MBA is usually paid for, or part paid for by the employer, it’s vital that they give full support. “My employer was extremely supportive. The MBA required a half day on Thursdays and other times outside of that, so the employer needs to be very committed towards it as well. British Telecom was very accommodating and flexible. It’s a two-way street, my commitment to them was that my work wouldn’t suffer and they got flexibility out of me in other ways.”

Gavigan says the MBA has broadened his mind and made him understand the value of carrying out a task in a certain way. “You recognise why best practice is used,” he says.

It has also got him a new job in another sector, something he says the MBA gave him the confidence to go for.

Peer learning is another key element of the course and he says the insight into other industries is invaluable. “People frankly and honestly share their experiences and rationale behind why a business has taken a certain line.”

He says he would advise anyone considering the masters to “stop procrastinating” and get on with applying.

“It’s about horsepower not brain power and I think that for anyone who doubts their ability to do it, my advice would be to go for it. Everyone who did it had busy lives and busy jobs but they all juggled it and managed it.”

This article was originally published in conversation with the Irish Times.

To learn more about how the DCU Executive MBA fits with your career goals, download our brochure here.

We also use different external services like Google Webfonts, Pubble.io, Google Maps Google Analytics ( to help us understand how our website is being used) Cookies and external Video providers. Since these providers may collect personal data like your IP address we allow you to block them here. Please be aware that this might heavily reduce the functionality and appearance of our site. You can read about our cookies and privacy settings in detail on our My DCU Executive MBA Journey Page