Back to Home > News and Events > DCU MBA Blog: Brexit – Economic Effects on Ireland and the Drinks Industry 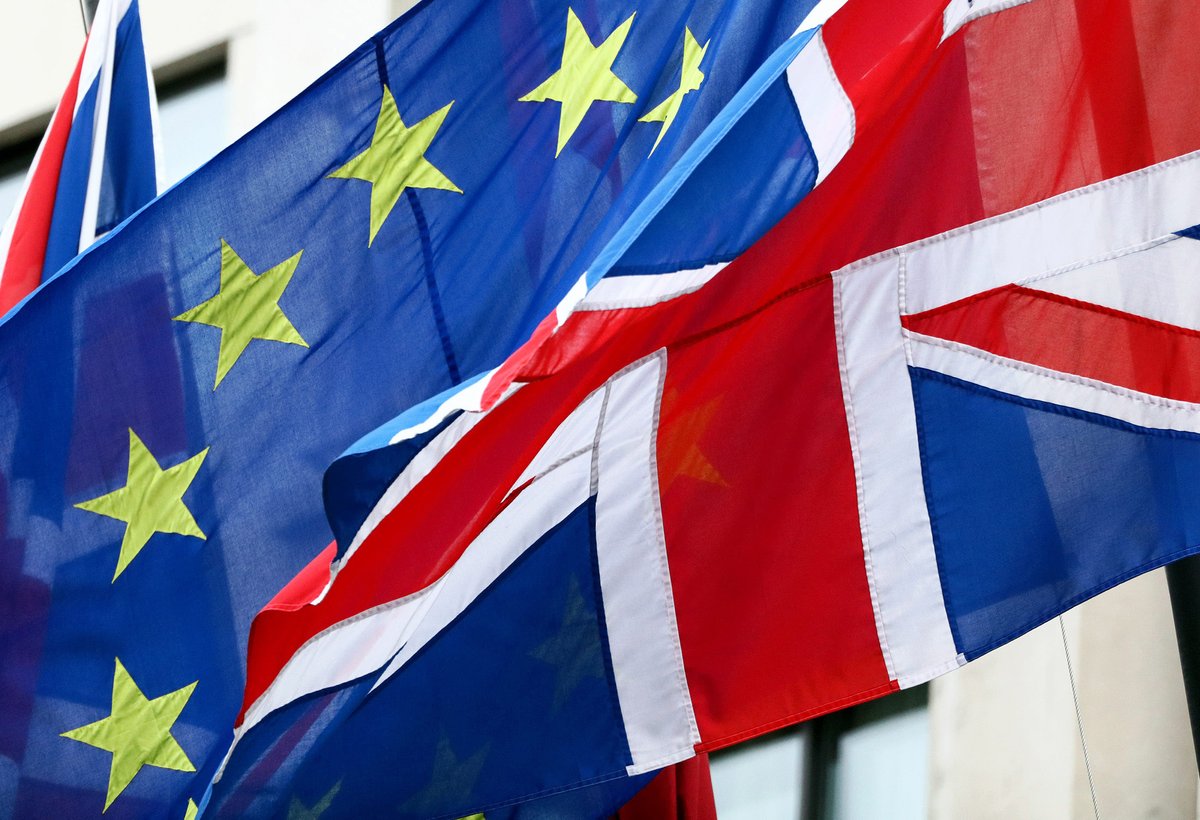 This blog post examines the Brexit impact on the Irish drinks sector but I should start with some clarifying comments. I am convinced by economic analysis that a UK exit from the EU would have a negative economic impact on the global economy, the UK economy and the Irish economy. Ireland and the UK have very strong economic flows in imports, exports, travel and tourism, people and finance. There would also be particular political and social negatives for Ireland because of the Republic/Northern Ireland relationship and the possible termination of the long standing common labour market between Ireland and the UK. The scale of the negative economic effect will depend on the speed, certainty and content of the necessary new trade deal between the UK and the EU, and the UK and the rest of the world.

Very little campaign discussion and debate has taken place on the likely nature of a post exit relationship. Indeed there is not a common position within the Brexit Campaign on the desirable replacement of the existing trade relationship. In addition, there is the added complication that the majority of the UK Commons are against Brexit and that presumably the Commons would have to approve the new deal. Elements of a new deal might disappoint many who would have voted for Brexit. Despite my conviction that Brexit would have negative effects and the uncertainty associated with the post Brexit situation, I must declare that, if I was a voter in the UK referendum, I would vote for exit. This reflects political factors, notably a lack of desire on my part to have an ever closer political union (even though the reform deal allows the UK to “opt out” of ever closer union). I recognise that economic integration brings economic and social benefits and that a degree of political integration is needed to facilitate economic integration but I would prefer the political integration to be minimised and to focus more on inter-government agreements.

There has been much discussion and coverage of the overall economic impact of Brexit on Ireland but relatively little discussion of the impact on specific sectors. This note deals with Brexit and the Irish drinks industry. Brexit will have a negative impact on the Irish drinks industry. It will worsen conditions for trade with the UK. Depending on the details of a new, as of now unknown, trade relationship and agreement between the UK and the EU, new trade regulations and barriers will increase costs for both importers and exporters. This will be a particular problem for small drinks enterprises such as the new craft breweries and small distilleries which may target the UK as an initial export market because of its proximity and similarities. In addition, Sterling has already declined in value because of overall concerns with Brexit in the foreign exchange and financial markets and this will continue and accelerate if the UK votes to leave the EU.

A declining Sterling reduces the competitiveness of exports from Ireland to the UK and improves the competitiveness of imports from the UK. Consumers may benefit from the latter but Irish drinks producers competing on the domestic market will lose out. However, fluctuations in the exchange rate with Sterling are not a new phenomenon for the Irish drinks industry.  The drinks industry has a substantial volume of trade with the UK but the industry, notably in liqueurs and whiskey, has generated substantial export sales in non EU markets which do not have the much easier market access of the EU and EEA countries.

In addition, Brexit is expected to have, and is currently having, an immediate and short term negative impact on the level of UK economic activity which reduces the UK demand for imported products and services. A continuing long term negative overall economic effect on the UK economy is expected from Brexit but this is less certain and depends on how the UK uses its increased policy scope and freedom over the next few years and on the trade deal negotiated with the EU. There may also be a wider negative Brexit effect whereby the uncertainty raised by Brexit, for example, on the future maintenance of the EU, has a global negative economic effect resulting in lower growth and lower levels of economic activity. However, this can be minimised by a speedy determination of the new trade and economic relationship between the EU and the UK.

The Irish drinks industry generated exports of €1241.8 million in 2015, of which €314.4 million or 25% went to the United Kingdom. €224.8 million was sold to Britain and €89.6 million was sold to Northern Ireland. The largest national market for Irish drinks exports is the United States with €485.4 million or 39%. Britain is our second largest national market for drinks exports and Northern Ireland is our third largest. The UK market share of 25% for drinks exports compares to a UK share of 14% for total Irish merchandise exports. The drinks exports are more dependent on the UK market than overall exports. Individual drinks products such as soft drinks and cider are particularly reliant on the UK market, much more so than the average drinks situation, as referred to below.

Drinks imports were €785.1 million in 2015 of which the UK provided €305.8 million or 39%. The UK provided 27% of our total imports resulting in drinks imports being more UK focused than overall imports. Britain provided €273.3 million in drinks imports and Northern Ireland €32.5 million. Britain is by far, the largest source of drinks imports followed by France with €89.2 million. By contrast, the USA provided only €18.2 million in imports compared to the UK €305.8 million. The UK imports include products produced in the UK and products produced elsewhere but distributed from the UK.  Adding imports and exports, Irish drinks international trade was €2026.9 million in 2015, of which the UK accounted for €620.2 million or 30.6%.

The sectoral drinks export dependence on the UK/British market is shown in the table  below. There are very substantial differences between different beverage types with consequent different levels of Brexit-related impact.

The situation is completely different for whiskey and liqueurs. Whiskey has been the drinks export growth story of the past few years but the UK has contributed little to it. Of €443.9 million in whiskey exports, only €19.1 million or 4.3% is sold in the British market. 65% of Ireland’s whiskey exports are sold in markets outside the EU. The USA on its own accounts for €233.7 million or 52.6% of total whiskey exports compared to the British 4.3% share. In the liqueurs category Britain accounts for only 4.3% of exports, the same as whiskey. Non-EU markets absorb 78.4% of Irelands liqueur exports compared to Britain’s 4.3% share. The USA absorbs €163.8 million or 52.3% of total Irish liqueur exports.

Overall, the British or UK sourced drinks imports were soft drinks €173.0 million, beer €33.6 million, whiskey €6.4 million, liqueurs €40.0 million and wine €14.6 million. The increased competitiveness advantage of UK drinks imports into Ireland will be most felt by domestic producers of soft drinks and, to a lesser extent, beer producers.

It is definite, in my opinion, that the short term and current economic impact of Brexit will be negative for Ireland and the drinks industry, and indeed negative for the UK economy. There will be lower UK economic activity, Sterling is declining relative to the euro which reduces Irish trade competitiveness and trade costs and regulation cost will be higher. However, a weaker Sterling improves UK export competitiveness. It is less certain that the longer term performance of the UK economy under Brexit will be definitely worse than if the UK stays in the EU. Much will depend on how the UK government uses its increased policy discretion.  The Brexit campaign has been relatively quiet on what it would do with the increased policy independence.  The scale of the negative impact will depend on the speed and detail of the new UK/EU trade and economic relationship but it is very likely that a reasonable new trade deal will be done with a low impact on trade transaction costs. While some Irish drinks enterprises and sectors will be significantly hit by the direct and indirect effects of Brexit, others such as whiskey, have very limited direct exposure to the UK economy.

Apart from the export/import issues discussed above, Ireland and the drinks industry will have a strong interest in the details of new arrangements for border/customs control, tariffs, regulations, labour mobility, work visas, security and foreign investment. Unfortunately, Ireland will not negotiate this new relationship with the UK. It will be done by the EU as a whole and, while Ireland will have an input, the eventual agreement will reflect the overall EU position. Ireland engages in high volumes of trade with countries outside the EU; the drinks industry has established substantial sectoral markets outside the EU. Membership of the EU is not a necessary condition to develop drinks exports but clearly, the lower the trade barriers the easier is the task. Brexit is not equivalent to termination of economic relations. Brexit will not result in isolation of the UK economy. There will be a new trade relationship between the UK and the EU, as there is a trade relationship between the EU and other economies in the global economy.  The negative economic impact of a Brexit can be minimised and kept low by a speedy agreement on the “new” relationship.

We also use different external services like Google Webfonts, Pubble.io, Google Maps Google Analytics ( to help us understand how our website is being used) Cookies and external Video providers. Since these providers may collect personal data like your IP address we allow you to block them here. Please be aware that this might heavily reduce the functionality and appearance of our site. You can read about our cookies and privacy settings in detail on our DCU MBA Blog: Brexit – Economic Effects on Ireland and the Drinks Industry Page