U2: Mastering the quest for relevance!?

Back to Home > News and Events > U2: Mastering the quest for relevance!?

U2: Mastering the quest for relevance!? 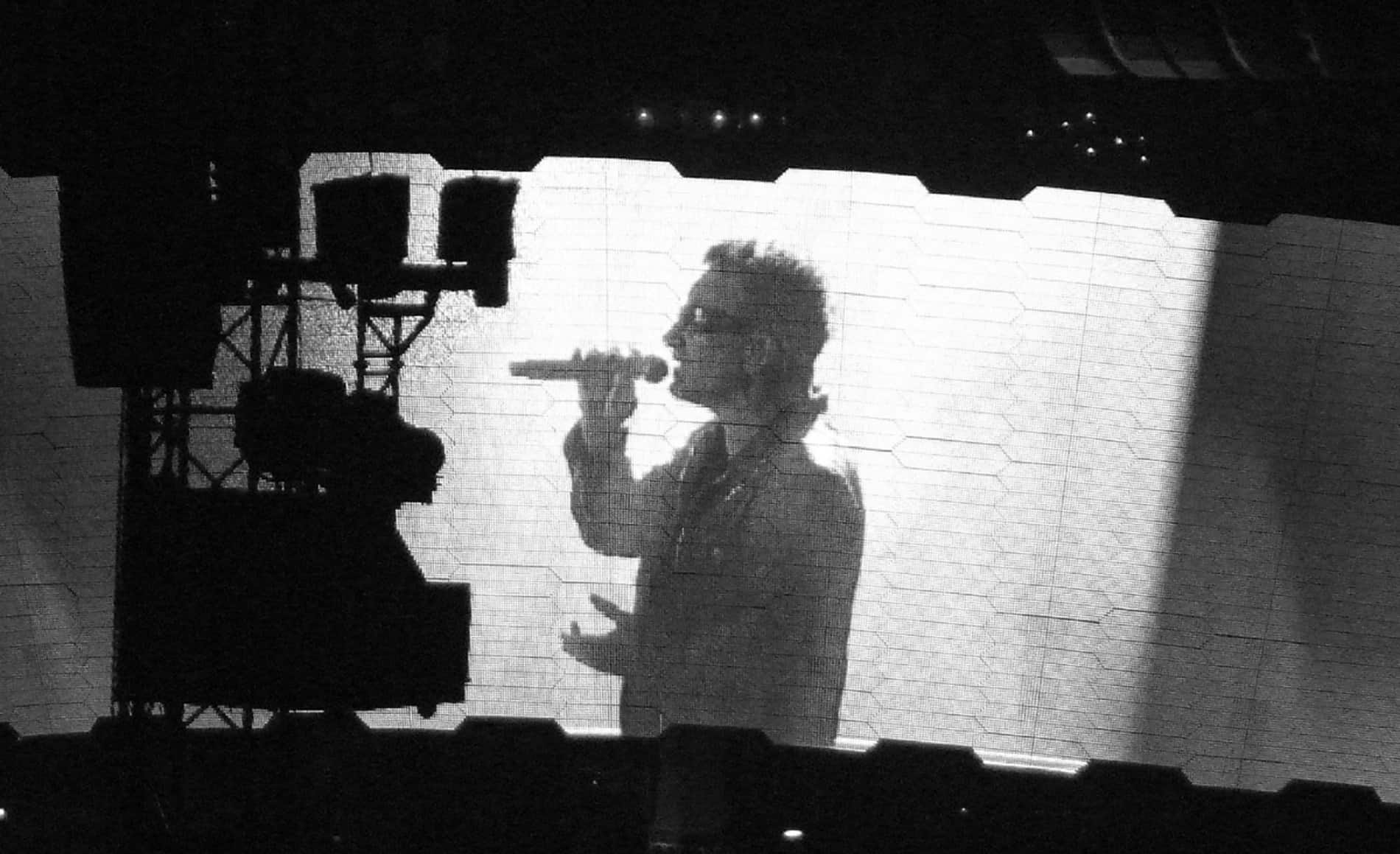 Longevity in music careers is very much the exception rather than the rule. Very few acts can point to success spanning decades, never mind as the same cohesive entity that started out together. So it is that U2, founded as a result of a note on a school notice board in 1976, continue to counter dominant trends. As far back as 1987, the cover of Time Magazine lauded U2 as ‘Rock’s hottest ticket’.[i] More than a quarter of a century later Rolling Stone Magazine featured U2 on their cover as ‘the biggest band left on Earth’.[ii] The figures speak for themselves. U2 are one of the bestselling acts of all-time, boasting over 170 million record sales. Their 13 live tours have continuously broken records, including the 360° Tour (2009-2011) which remains the highest grossing tour of all time having played to an audience of over 7 million. Add to this a long list of accolades including twenty-two Grammy Awards across diverse categories, two Golden Globes, and two Academy nominations for Best Original Song. If strategy is understood as developing a cohesive response to a challenge, U2 have mastered the challenge of sustaining their relevance and not succumbing to complacency born of success.[iii] Exemplar was the Songs of Innocence album and the supporting iNNOCENCE + eXPERIENCE tour which took in $133 million in box office receipts, third only to fledgling contemporaries Taylor Swift and One Direction.[iv] Currently, U2 are touring their Joshua Tree album, in part because they feel that the political climate and sentiment of the songs echo those of 30 years ago when the album was first released. So what have U2 done to master the quest for relevance and what insights may this hold for those attempting to do likewise?

The value of values

Rather than avoid or hide their influences, U2 have embraced and engaged with personal, political and societal issues. This is reflected in some of the band’s most recognised songs including Sunday Bloody Sunday, Pride (In the name of love), Bad, Walk On and carries through to the Songs of Innocence Album. For U2 the politicisation of music came as a foundation for, rather than consequence of, their global stardom. For some this explicit moral conscience sits uneasily with rock ‘n’ roll, a tension only furthered by Bono’s role as a leading activist on the global stage.[v]Nonetheless, few can deny U2 have stayed true to the values that formed the genesis of the band. These values cross religious, political, humanitarian and artistic domains and are the essence of their authenticity. U2 didn’t play to values as an effort to grow and gain relevance; rather their underlying values have been the core thread of continuity framing their existence.

Developing a clear and compelling narrative

Tasked with constantly recreating their future U2 have engaged in both musical exploration via albums such as Achtung Baby and Pop, while also exploiting the well of inspiration of their past.[vi] At the core of each effort is a vision or artistic ideal which forms the underpinning of an album and subsequent live experience. The iNNOCENCE + eXPERIENCE live tour was built upon an overarching narrative commencing with innocence represented by a single light-bulb hanging over the band. This was reflected in the opening track, an ode to the 1970s punk sound of Joey Ramone, followed by a set of songs over 35 years old but still communicating teenage angst. Next came personal songs dealing with themes of innocence, first love and loss before an explosive use of technology and an eruption of songs inspired by the troubles in Northern Ireland. Innocence communicated, exposed, and built up was subsequently shattered by the second half of the live show which marked the experience act of the performance. This drew upon irony, dance and fun of U2’s 1990s material before reverting to some of their classical repertoire. Orchestrated in this manner the ‘experience’ songs take on greater significance, with progression through innocence exposed as the necessary condition for their existence. The transition was musical but also physical as the opening light bulb was pushed away and smashed on a big screen. Physically, the band moved from their opening position on the main stage to progress along, and into, the screens in the middle of the arena (the so called ‘I’ stage to represent innocence) before breaking through to perform at the ‘e’ (experience) stage at the other end of the arena. Like all great theatre, it is the underpinning narrative that rendered the production masterful.

U2’s 360° tour (2009-2011) deployed an innovative claw like stage design positioning U2 in the middle of their audience. The result was a doubling of average stadium attendance to 66,000 per concert. The 360° tour remains the highest grossing tour of all time playing to an audience of over seven million people. With such a precedent it might have been natural for U2 to sustain this success with a similar stadium extravaganza. Instead for the iNNOCENCE + eXPERIENCE tour U2 turned their back on outdoor arenas, returning to the intimacy of much smaller in-door venues. U2 recognised that because the Songs of Innocence album was founded on themes of youth, intimacy and origins it would be misplaced in vast outdoor arenas. By definition the iNNOCENCE + eXPERIENCE would therefore not rival previous tours in terms of revenue and attendance. To stay true to their values, and enhance the narrative underpinning their innocence project, U2 made a trade-off and returned to venues more representative of where they started.

U2’s in-built ambition to continuously improve fosters self-criticism which prevents them resting on their laurels. Subject to critique for becoming too righteous in the late 1980s U2 went away and musically re-invented themselves through the use of parody and irony manifest in albums Achtung Baby (1991) and Pop (1997). Innovation extends to the audience experience where U2 have embraced technological innovation in a manner not even contemplated by rival acts. The early 1990s ZOO TV tour used giant video screens to wonder, communicate and engage with fans, offering a forerunner to the potential of social media and reality TV and equally the dangerous prospect of fake news and false truths. As part of their live shows U2 have called the White House, beamed live images from war torn Sarajevo and linked up to Captain Mark Kelly on board the International Space Station.[vii] The iNNOCENCE + eXPERIENCE tour deployed a video screen passing through the middle of the arena which was used to both project images and so band members could step into the visual. The current Joshua Tree tour appropriately nods to older more traditional stage layouts, but equally involves the largest (200 feet (61 m) wide by 45 feet (14 m)) high and highest-resolution (7.6K) screen ever used on a concert tour. The past two tours have also introduced innovation in suspending amplifiers above the band and audience in an effort to deliver a complete surround sound experience. Of course innovations do not come without failure and backlash. Already stung for being too righteous in the late 1980s, by the late 1990s the criticism had swung the other way claiming U2 was all entertainment with little content.

U2 have also sought partnerships to leverage technological advances including with Apple in 2004 for the release of the i-pod, and Blackberry as a sponsor for the 360° degree tour which included the first ever concert streamed live on YouTube. The release, or ‘gifting’, of their Songs of Innocence album exclusively to Apple users via i-tunes caused much consternation. Yet it equally reflects on-going tensions over the most appropriate social platforms for music. It also evidences a band not afraid to take risks and try something new. Indeed recognising that advantages are transient has been at the core of U2’s successful trajectory to date.[viii]

Taken together the role of values, developing strategic narratives, making trade-offs and constantly innovating provide a constellation of factors which go some way to explaining how U2 have mastered the quest to stay relevant. Core talent, long-standing relationships and injections of influence are clearly necessary, but not sufficient for long-term success. Over 10 years since they were inducted into the Rock and Roll Hall of Fame U2 remain a band armed with grand ambition, driven by a ferocious hunger to excel, while evidencing an ability to stay young and foolish despite their age. Critics will watch the Joshua Tree tour roll into Dublin in July and point to a tired, long drawn out demise, marked by a creative chasm between albums. Others will watch in wonder as songs such as ‘red hill mining town’ written 30 years ago are brought to the stage for their first live airing. Whether U2 can once again master the quest for relevance is an open question. Ultimately only experience will tell.

My MBA Experience
Scroll to top

We also use different external services like Google Webfonts, Pubble.io, Google Maps Google Analytics ( to help us understand how our website is being used) Cookies and external Video providers. Since these providers may collect personal data like your IP address we allow you to block them here. Please be aware that this might heavily reduce the functionality and appearance of our site. You can read about our cookies and privacy settings in detail on our U2: Mastering the quest for relevance!? Page