MBA Blog: Do You Need an MBA to Succeed?

Back to Home > News and Events > MBA Blog: Do You Need an MBA to Succeed?

MBA Blog: Do You Need an MBA to Succeed? 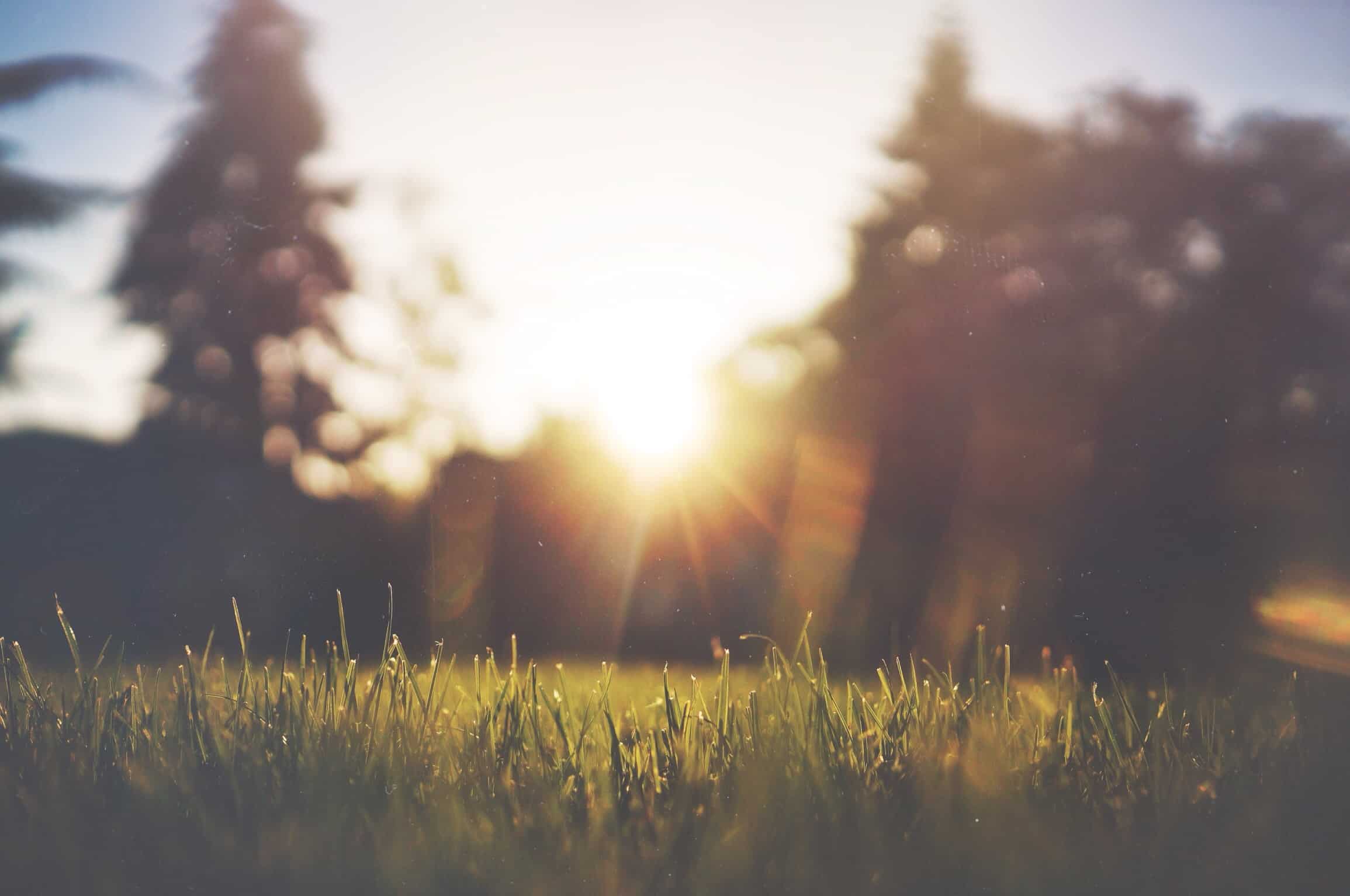 The question that’s asked about business education more than any other is “do you really need an MBA or other postgraduate business degree to succeed?” The answer is, of course, that you don’t need one, but it’s certainly the greatest boost to your career prospects that any other qualification it’s possible to obtain.

Those not persuaded by this often cite the exceptions, in particular high-profile and exceptionally successful entrepreneurs such as Mark Zuckerberg with Facebook, Steve Jobs with Apple, Richard Branson with Virgin, Bill Gates with Microsoft,or Ingvar Kamprad with Ikea.

Yet a closer study of those companies reveals a different story.

Mark Zuckerberg is widely acknowledged as the founder of Facebook, yet the Chief Operating Officer (who is responsible for the day to day running of the company), and the person who made the company such a financial success is Sheryl Sandberg MBA.

Steve Jobs was (in partnership with Steve Wozniack) the founder of Apple Inc, and it’s certainly true that both dropped out of college. Yet when Apple Inc was struggling financially in 2004 they didn’t turn to other brilliant college dropouts with innate computer science skills, they turned to Tim Cook MBA to make the company into the $730Billion behemoth it is today.

Richard Branson may be the face of Virgin Atlantic, but it’s actually run by Craig Kreeger – who has an MBA, as does Jayne-Anne Gadhia, the Chief Executive Officer of Virgin Money, as does Tom Mockridge, the former CEO of Virgin Media. Mark Anderson (the Managing Director of Virgin Holidays) has a Masters in Management from the Tias School of Business.

A broader study shows that of the 39 technology-based companies that are worth in excess of $1Billion and have been founded since 2003 – MBA graduates founded (or co-founded) 12 of them. That’s 28% of founders of $1B companies in a sector that is not even considered strong for business graduates! But what about the larger and more established publically-quoted companies, do business school graduates still have a place with them? Absolutely. 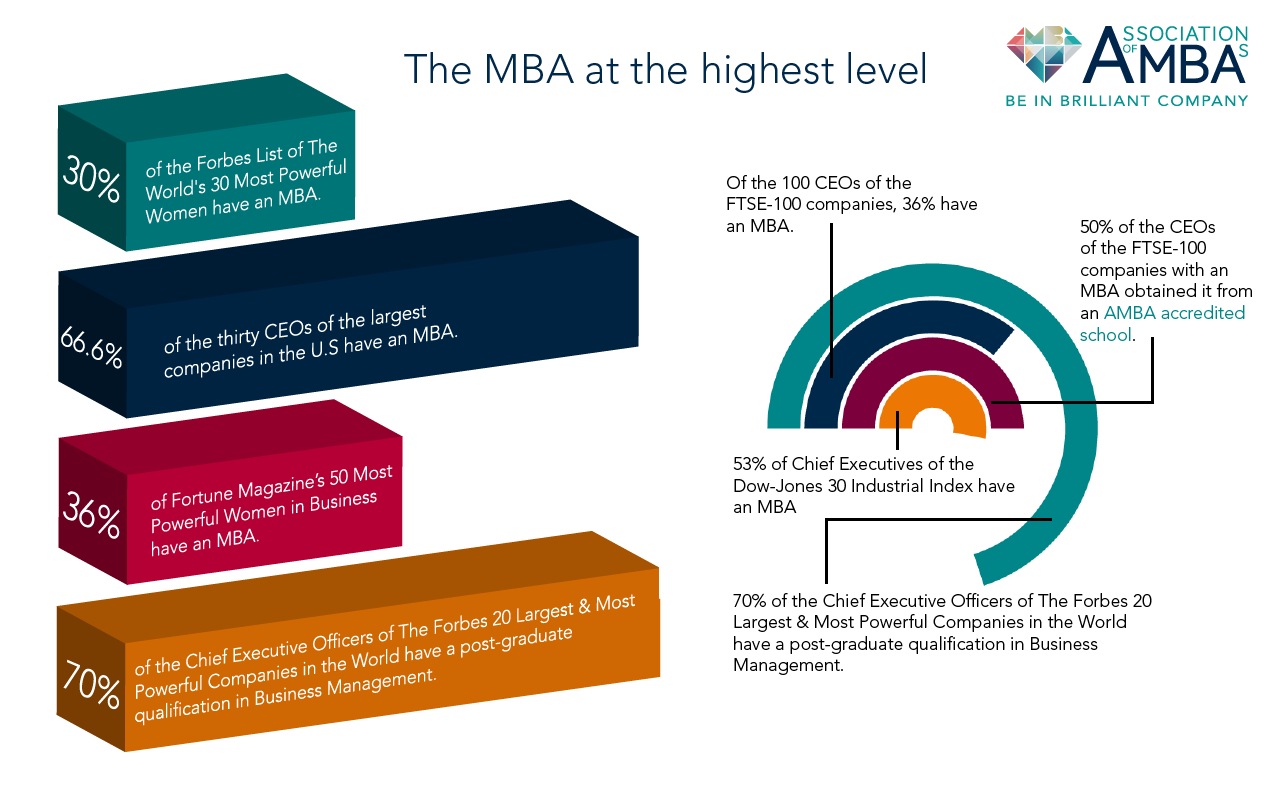 A U.S phenomenon? Not at all, over 50% of FTSE-100 companies have at least one executive board member (CFO, CEO or Chairman) with a post-graduate qualification in Business Management. 34 of the 100 Chief Executive Officers of Britain’s 100 largest companies have an MBA, with 53% of those having graduated with an MBA from an AMBA-accredited school.

That last statistic tells a tale all of its own. AMBA accredit fewer than 2% of the World’s Business Schools, and yet 18% of CEOs of the most valuable companies listed on the Financial Times Stock Exchange 100 have earned an MBA from one of our schools. From places as geographically diverse as the University of Waikato (Mark Wilson MBA, CEO of Aviva), the Universidad de Chile (Gonzalo Menéndez MBA, CEO of Antofagasta), and the Universidade Católica de São Paulo (Nicandro Durante MBA, CEO of British American Tobacco) our graduates have proven that whilst it may not be needed, an MBA is certainly the key to opening more C-Suite doors than anything else

This article was originally posted on the AMBA community website. You can find out more about AMBA here.

We also use different external services like Google Webfonts, Pubble.io, Google Maps Google Analytics ( to help us understand how our website is being used) Cookies and external Video providers. Since these providers may collect personal data like your IP address we allow you to block them here. Please be aware that this might heavily reduce the functionality and appearance of our site. You can read about our cookies and privacy settings in detail on our MBA Blog: Do You Need an MBA to Succeed? Page