Back to Home > News and Events > Dr. Aurora Trif Represents DCU as Keynote Speaker at the 2017 IREC 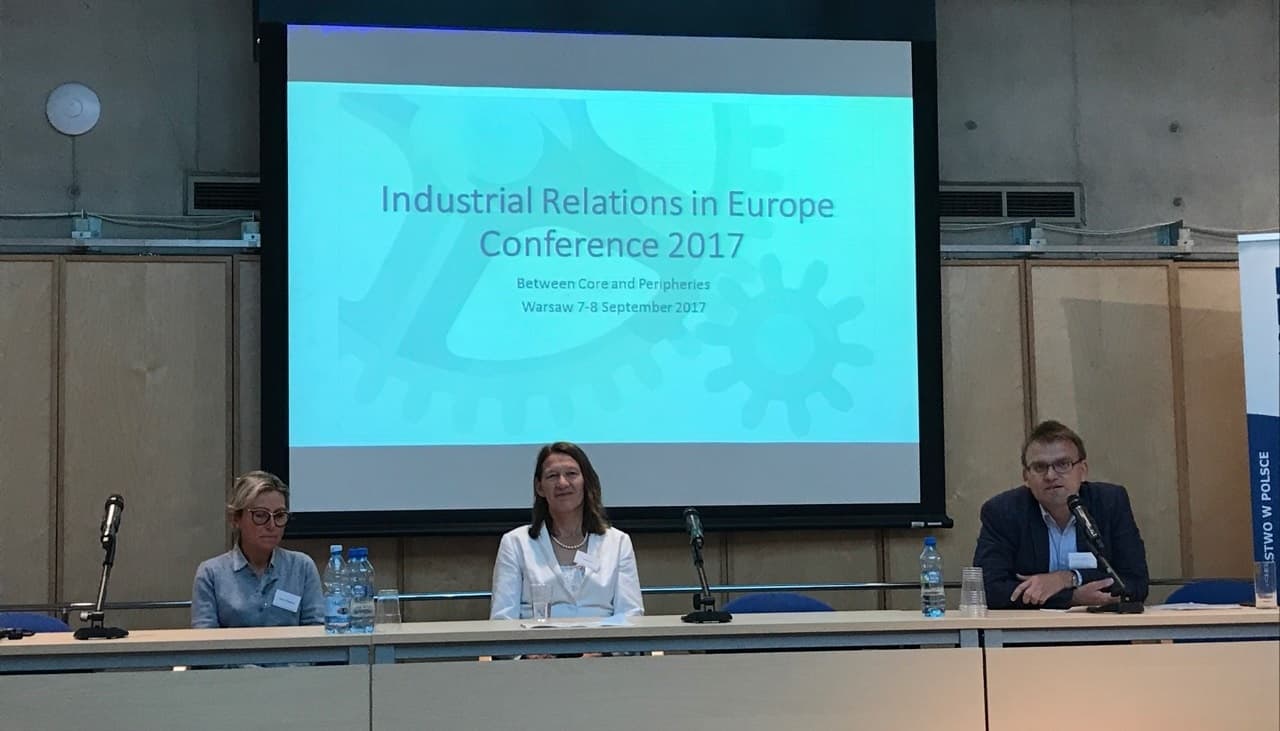 Dr. Aurora Trif, Assistant Professor in Human Resource Management & Course Director of MSc in HR Strategies, recently represented Dublin City University as the keynote speaker at the Industrial Relations in Europe Conference (IREC). The IREC, which is one of the major annual conferences in comparative employment relations, took place in Warsaw in September 2017. The theme of this year’s conference was Industrial relations in Europe: between core and peripheries.

Dr. Trif’s keynote examined developments in precarious work at the periphery of Europe. Her presentation, entitled ‘Trade unions’ responses to precarious work in Eastern Europe and Greece’, was based on the findings of an EU project that she has coordinated on behalf of DCU between 2014-2016 (Project details).

This project focused on the strategies of employers and trade unions to address precarious work in 10 countries. In each country, the national teams have investigated developments in five sectors, namely construction, healthcare, retail, metal and temporary agency work. Dr. Trif also presented the comparative findings of this project at events organised by the European Parliament and the European Commission in 2016.

The Social Organisation of Marketing: A Figurational Approach to People, Organisations,...
Scroll to top

We also use different external services like Google Webfonts, Pubble.io, Google Maps Google Analytics ( to help us understand how our website is being used) Cookies and external Video providers. Since these providers may collect personal data like your IP address we allow you to block them here. Please be aware that this might heavily reduce the functionality and appearance of our site. You can read about our cookies and privacy settings in detail on our Dr. Aurora Trif Represents DCU as Keynote Speaker at the 2017 IREC Page