Dr Janine Bosak Research – Advocate For Others, Unless Your a Man

Back to Home > News and Events > Dr Janine Bosak Research – Advocate For Others, Unless Your a Man

Dr Janine Bosak Research – Advocate For Others, Unless Your a Man 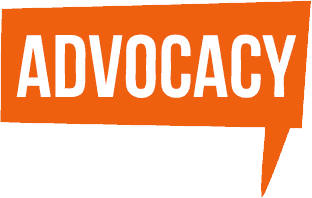 Dr Janine Bosak is a Senior Lecturer in Organisational Psychology and Director of Doctoral Studies at DCU Business School. She is also the Research Director of the DCU Leadership and Talent Institute and a trained coach who advances a systemic and solution-focused approach to coaching.

Being an advocate for your team is a no-brainer for the contemporary manager. Modern leadership theories including transformational and servant leadership models clearly tell us how important it is to be a good mentor to followers, to put subordinates first and to attend to their needs. Yet such other-advocating behaviour is central to the female stereotype which demands care-taking whereas self-advocating behaviour is aligned with the male stereotype of which demands confidence and self-promotion. So does it pay off to be a team-advocate? It depends.

A large body of research shows that gender stereotypes impact hiring and promotion decision. This research has focussed mostly on women. It has for example demonstrated that self-advocating or otherwise assertive women face social and economic penalties. These women violate expectations for their gender and therefore experience negative reactions in the workplace. But what about men who violate gender norms? Does atypical behaviour on the part of male managers also generate backlash and negative outcomes?

So let’s assume that you are applying for an internal promotion and your performance review excerpts include team members’ comments. One such comment might say that you are a fierce worker who diligently guides the team to success. Another employee might comment that you want the team to receive credit where due, that you are excellent at promoting them and that you are happy to share the attention. Such statements would be indicative of other-advocating behaviour.

In another scenario, you are described as a fierce worker who diligently works for success. You want to receive credit where due, you are excellent at promoting yourself, and you are happy to be the centre of attention. Such statements would be indicative of self-advocating behaviour.

Does it matter if you are other-advocating or self-advocating? What does your gender have to do with it?

Based on backlash theory and research we would expect that atypical, self-advocating women and other-advocating men would experience backlash and negative outcomes because they violate gender-stereotypical norms. Contemporary management theory would however suggest that other-advocating managers are showing exactly the kind of behaviours expected of modern leaders. So who’s right?

Motivated to examine whether people punish female and male gender vanguards (individuals who demonstrate gender-atypical skills and behaviour), we studied backlash against female and male job applicants who were either gender-atypical or typical. 149 professionals evaluated female or male managerial applicants for internal promotion described in their performance review as showing either self-advocacy or advocacy on behalf of their team. Consistent with backlash theory and inconsistent with contemporary management ideas, atypical, other-advocating men were judged to be low on typical masculine traits (confident, ambitious, competitive, independent) and competence. Further they were penalized with job dismissal. In contrast to previous backlash research, no strong support for backlash against a self-advocating female candidate emerged. The results only showed that she was liked less and penalized somewhat more than the other-advocating candidate, although this finding was not statistically significant.

So what does this mean? This research clearly shows that violating gender norms can have powerful consequences in the workplace. Other-advocating male managers were penalized. This seems to suggest that other-advocacy is a characteristic, which leaders ought to have in the future according to modern management literature; it is not a trait that is reflective of contemporary men. Self-advocating women experienced not the backlash that we could expect from the large body of research to date. Perhaps the professionals in our study were more conscious of potential gender bias in screening application and tried to counteract it?

In any case, championing others was more beneficial for female than male candidates. What does this tell you about desired behaviours in the workplace, our current organizations and our society?

We also use different external services like Google Webfonts, Pubble.io, Google Maps Google Analytics ( to help us understand how our website is being used) Cookies and external Video providers. Since these providers may collect personal data like your IP address we allow you to block them here. Please be aware that this might heavily reduce the functionality and appearance of our site. You can read about our cookies and privacy settings in detail on our Dr Janine Bosak Research – Advocate For Others, Unless Your a Man Page