Back to Home > News and Events > Women and Leadership in Ireland 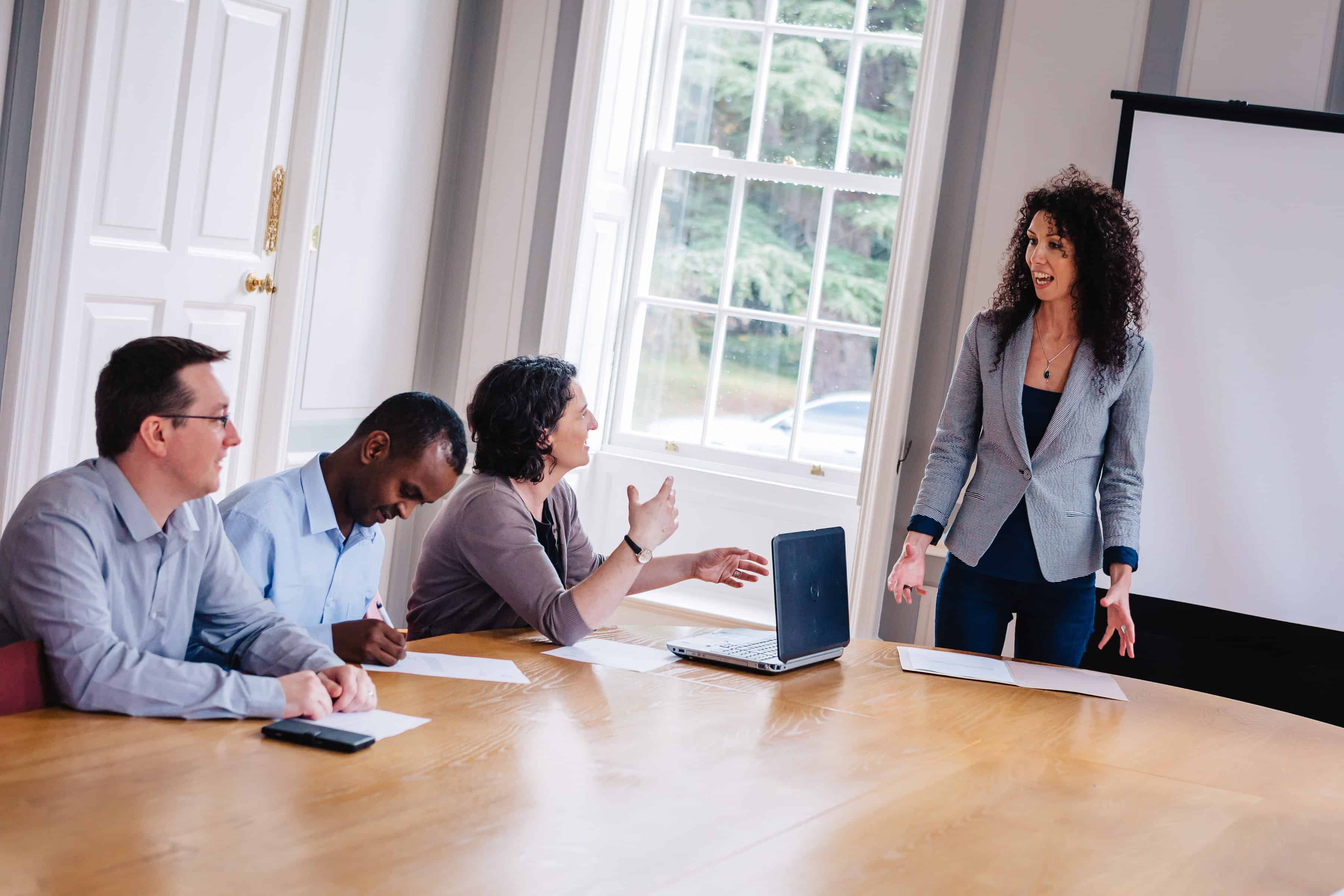 Dr Melrona Kirrane is a lecturer in Organisational Psychology at DCU Business School and Professor of Leadership at Princess Nourah University, Riyadh, Saudi Arabia. She engages extensively with industry across the fields of leadership, team development, employee selection and diversity.

Women have more representation and more visibility in the workplace today than they had 30 years ago, but employment opportunities and career experiences among women continue to be characterized by inequality. While women are occupying increasing numbers of managerial positions, they are still outnumbered by men in decision-making and senior leadership positions. In some countries, including Canada, Germany and Spain, the share of women in management positions actually declined between 2000 and 2011. Women earn less than men in nearly all occupations for which gender comparisons are possible, and female-dominated occupations generally have lower median earnings than male-dominated occupations. In the organisational environment, barriers to women’s advancement include unconscious bias, resistance to women’s leadership, family and domestic responsibilities, women’s reluctance to invest in social capital and prevailing organisational culture.

A diverse workforce opens many doors for organisations. It allows companies to access talent, to better reflect the heterogeneous societies in which they operate, and to benefit from diverse thinking, learning and innovation. The value of women’s equitable participation in organisational leadership is clear. While some studies relate board diversity to higher economic return, the key contribution of women to corporate performance has been well-captured by robust empirical investigations. These studies show that female leaders encourage organisations to adopt a broad perspective to corporate performance that goes beyond shareholder value to include employee welfare and the impact of the organisation on its external environment. As a result of such initiatives, greater employee satisfaction and commitment ensue which support performance improvements, leading to enhanced customer retention and stronger corporate performance.

Achieving work-place gender balance requires a collective effort that focuses on systemic issues at individual, organisational, societal and cultural levels. To gain ground in this arena, an essential step is to rigorously and continually measure and monitor gender-based data as it pertains to women’s careers. As a first step, in 2015 the Leadership & Talent Research Institute at DCU Business School and the 30% Club Ireland undertook a survey of women in management in Ireland. The purpose of the study was to ascertain the participation rates of women in management hierarchies throughout corporate Ireland. This investigation found that the situation in Ireland was not unlike that found in many European countries and the United States. Across 133 organisations, women were less likely than men to hold management positions in all sectors of Irish industry across organisation types and size. Indeed women’s participation in management was found to be inversely related to the leadership hierarchy, reflecting the ‘sticky floor’ rather than the glass ceiling that many women encounter as they get stuck in the bottleneck of middle management. Where women did achieve seniority, they were more likely to be found in traditionally female-dominated functions of HR and Marketing and less likely to occupy leadership positions in Finance, Sales, Operations or IT.

In 2016 a similar pattern of results emerged in the data from 143 organisations. The participation rates of women at all levels in the management hierarchy rose slightly but still lagged considerably behind those of men. There were more female Executive Directors in PLCs than in any other sector, whereas women predominated in low management positions in both private and public sector organisations. Women were found in greatest numbers at CEO level in the retail and pharma sectors, followed by the professional services, technology and financial services sectors.  The progression of women to higher levels of seniority in the financial sector appeared severely curtailed, while in the technology sector, the percentage of women at each managerial level was relatively flat. The lowest participation of women in management was in the manufacturing and construction sectors. Women were more successful at achieving high levels of seniority in mid-sized companies (< 1,000 employees) rather than in large organisations (5,000+ employees). Finally, there were more women in management roles in companies where the CEO was female compared to companies where the CEO was male.

In summary, the results continue to depict a generally bleak landscape in relation to gender equality in management. Women continue to occupy significantly fewer management positions in Ireland. While a higher response rate from a wider range of industries was achieved in 2016 compared to 2015, a true picture of women’s participation in the leadership pipeline will only emerge as data gathering continues and expands. Continuing to monitor this situation is important, not just for women’s career prospects, but also for the implications of gender balance for organisational and national economic performance.  We strongly encourage individual organisations to gather, monitor and interrogate such data so they can identify the issues affecting women’s career paths in their organisations and begin the task of addressing such matters effectively.

Dr Janine Bosak Research – Advocate For Others, Unless Your a Man
Scroll to top

We also use different external services like Google Webfonts, Pubble.io, Google Maps Google Analytics ( to help us understand how our website is being used) Cookies and external Video providers. Since these providers may collect personal data like your IP address we allow you to block them here. Please be aware that this might heavily reduce the functionality and appearance of our site. You can read about our cookies and privacy settings in detail on our Women and Leadership in Ireland Page